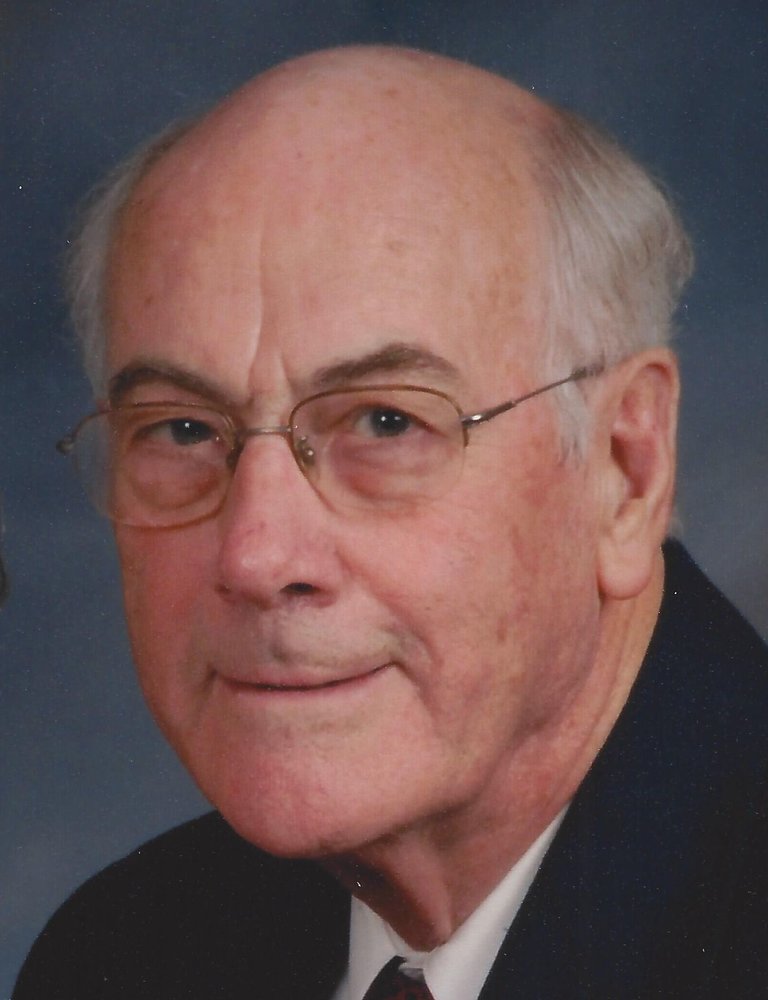 From the Masonic Village, Gerald H. Risser went to his final home early in the morning of Sunday, May 16, 2021. Born February 1, 1936, in Doylestown, PA, he was the son of the late Blanche and Russell Risser. He married Mary Jean Espenshade on July 15, 1961, and was a resident of Elizabethtown, PA since 1959.

Gerald graduated from Central Bucks High School in Doylestown in 1953 and Elizabethtown College in 1963 with a Bachelor of Science degree in Business. He spent the interim four years in the U.S. Navy, including 39 months at sea aboard carriers USS Wasp and USS Forrestal.  While at sea, he sailed from Japan, around South America to Boston, onto the North Atlantic and, finally, the Mediterranean.

He became a CPA and was employed at KPMG Peat Marwick in Harrisburg for four years. He then spent 13 years at Elizabethtown College as Business Manager before becoming Treasurer.  Later, he was Associate Dean of Administrative Service at Harrisburg Area Community College before retiring in 1995 after 15 years. He was a member of the AICPA and PICPA professional associations. He was also a member of the Abraham C. Treichler Lodge No.682, F&AM in Elizabethtown and the Harrisburg Consistory.

He was a member of Saint Paul's United Methodist Church in Elizabethtown where he served as chair of the finance committee, auditor and member of the trustees as well as many years as an usher.

In addition to his wife, he is survived by two sons, Gary J., husband of Wipha Risser, of Elizabethtown and their children, Wisanu and Narai, and Timothy J. Risser of Mechanicsburg and his sons, Mason and Parker.  Gerald is also survived by two sisters, Ruth E., wife of Donald Price, and Jeanette, wife of Edwin Geiger, both of Doylestown.

Gerald thanks his family and friends for the greatest life one could ever experience.

Services are private.  If desired, contributions may be made to the Shriners Hospital for Children, 12502 USF Pine Drive, Tampa, FL 33612 or to Ladder of Smiles, 7418 East 26th Street North, Wichita, KS 67226   To express a condolence with the family or for additional information, visit www.spencefuneralservices.com.

Share Your Memory of
Gerald
Upload Your Memory View All Memories
Be the first to upload a memory!
Share A Memory