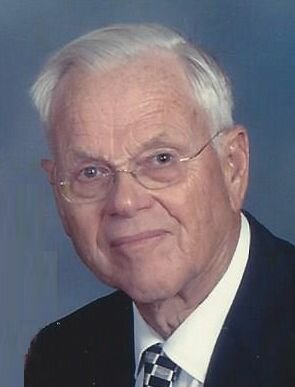 Robert G. Kulp, 92, of Manheim, PA, died November 19, 2021. He was born on June 6, 1929, in Mount Joy Twp., to Harvey T. and Dora Gochnauer Kulp, and was married to Anna Mae Rhoads Kulp for 71 years. They enjoyed snowmobiling together and traveling, especially to Alaska and Hawaii.

Bob was a faithful member of Chiques Church, Manheim, where he served as a Sunday school treasurer and usher. A lifelong car enthusiast, he owned his own restoration business from 1986-2003. In his early years, he was employed by Messick Chevrolet, Sauder Chevrolet, Garden Spot Ford and Binkle’s Classic Car Restoration where he restored Thunderbirds and Mustangs. In his retirement years, he worked for the Manheim Auto Auction and restored John Deere tractors, pedal tractors and pedal cars. As a member of the Hershey Region Automobile Club, he enjoyed going to car shows with his mustangs. Bob was member of the Mastersonville Fire Company since 1949, where he served as President, Vice President, fire policeman and chair of the annual chicken barbeque fundraiser. During his tenure, he helped to build the first firehouse.

In addition to his wife, Bob is survived by three children, Robert Jr., husband of Patti, Lancaster, Wesley, husband of Dena, and Brenda Ruhl, both of Manheim, and two grandsons, Dylan and Davis Ruhl. He was preceded in death by his son, Jeffrey, and four brothers, Ray, Charles, Glenn and J. Richard Kulp.

A memorial service will be held on Wednesday, November 24, 2021, at 11:00 AM, at Chiques Church, 4045 Sunnyside Road, Manheim, with Mike Hess officiating. The service will be mask optional. Interment will be at the convenience of the family. If desired, contributions may be made to Mastersonville Fire Company, 2121 Meadow View Road, Manheim, PA 17545 or to the benevolent fund of Chiques Church. To express a condolence with the family or to watch a webcast of the service beginning Wednesday afternoon following the service, visit www.spencefuneralservices.com.

Share Your Memory of
Robert
Upload Your Memory View All Memories
Be the first to upload a memory!
Share A Memory