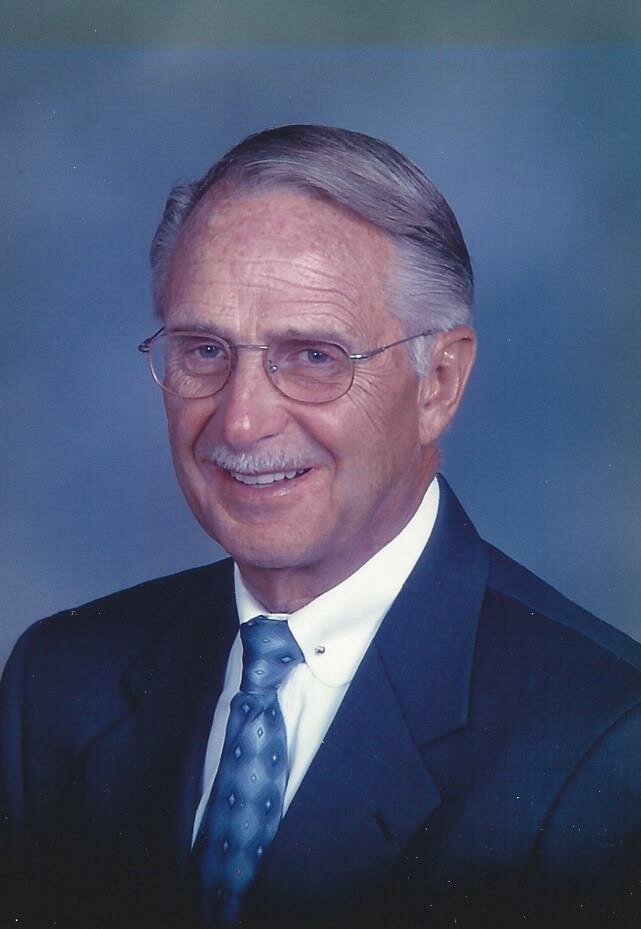 The family will receive guests at the church immediately following the service. The wearing of masks and following CDC guidelines are required.
Hudson W. Sadd Order of Worship Bulletin.pdf

Hudson W. Sadd, 85 of Manheim, PA, entered eternity on Saturday morning, December 11, 2021 at Pleasant View Retirement Community.  Born in Manassas, VA, he was the son of the late Walter C. and Mabel Brown Sadd.  Following high school graduation in 1954, he entered Brethren Volunteer Service and served as a volunteer at the Lybrook Navajo Mission in Cuba, NM. It was there at the mission he met his future wife, Bonnie J. Oswald.  He had the unique distinction of being a school bus driver beginning at the age of 16.

On August 9, 1958, he and Bonnie were married and set off for McPherson, KS to attend McPherson College where he received a BS Degree in Agriculture and Social Studies. In 1962, he, Bonnie, and son Ron moved back to Ohio where he taught both History and Government at Randolph High School for six years.

In 1968 Hudson and Bonnie purchased Honey Butter Products Co., in Ithaca, NY. They lived in the Ithaca area for 10 years.  Hudson joined the Board of Directors of the National Bank of Dryden and was a director for 37 years.  He also was a member of the National Food Distributors and served as the chairman for two years.  This affiliation provided him with the opportunity to travel to Israel to meet with other food manufacturers from around the world.  While in New York, Hudson was also involved in farming as well as building homes in a developing community.  He was also the owner and certified operator of a local water company.  In 1978 they relocated and moved the business to Manheim. Hudson remained president of Honey Butter until he retired in 1994.

Additionally, Hudson served as a trustee of McPherson College. He was also on the Brethren Village Board of Directors for nine years and on the Board of Baden Powell Boy Scout Council in New York.  He was a member and past president of Rotary Club of Manheim and a Paul Harris Fellow of Rotary International.  He enjoyed traveling, spending many winters at their home in Florida, golfing, bicycling, and hunting at Pine View Hunting Camp.

A memorial service will be held on Thursday, December 16, 2021 at 2:30 PM at Lancaster Church of the Brethren 1601 Sunset Avenue, Lancaster, PA. There will be no public viewing.  Interment will be private in Chiques Cemetery.  The family will receive guests at the church immediately following the service.  The wearing of masks and following CDC guidelines are required.  If desired, contributions may be made to Heifer International, 1 World Avenue, Little Rock, AR 72202.  Visit https://youtu.be/JU6u7QCO8xo to watch a livestream of the service.  To express a condolence with the family or for additional information, visit www.spencefuneralservices.com.

Share Your Memory of
Hudson
Upload Your Memory View All Memories
Be the first to upload a memory!
Share A Memory