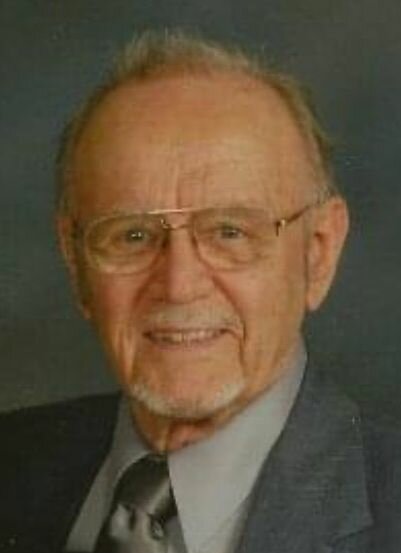 William J.L. Stephens, 97, of Elizabethtown, PA, formerly of Silver Creek, NY and Danville, VA, went home to be with his Lord on Saturday, January 22, 2022 at Masonic Health Care Center in Elizabethtown following a brief illness. Born in Seattle, WA, he was the son of the late Dorriss Lafayette and Leah Woodward Stephens. He was the devoted husband of Patricia J. Wasser Stephens for over 71 years prior to her passing in 2016.

A devoted Christian, Bill was a faithful member of John S. Sell Memorial Chapel. During his primary and secondary education, Bill was advanced to higher grades by skipping 1st and 12th grades. After graduating from high school, he enlisted in the United States Navy at the age of 18 years. During World War II, he served as a lieutenant aboard the USS Texas in both the Pacific and European Theaters. He also flew with the VPB-101 Patrol Bombing Squadron. He was a member of the American Legion, Conewago Post No. 329 in Elizabethtown and the VPB 101 Naval Association.

Following his service to his country, he earned a bachelor’s degree in Business from Gannon College (now University) in Erie. He went on to become a certified public accountant and start his own accounting business in Silver Creek, NY. He later took a position as an accountant with Dan River, Inc. in Danville, VA for 30 years until he retired in 1980.

Bill was 32nd degree Free Mason and was a member of Silver Lodge No. 757, F&AM in Silver Creek, where he was second chair. He was also a member of the Scottish Rite, Valley of Jamestown (NY), and Ismailia Temple of the Shrine Lodge. He was also a member and past president of the Silver Creek Kiwanis and Alpha Epsilon fraternity of the University of Florida, Pi Kappa Phi chapter.

Bill and Pat enjoyed all forms of art, including musicals, plays, ballet, and opera. They also had a deep appreciation for all types of music, ranging from religious, to American folk mountain music, to classical. Their love for Appalachian music led them to create over 80 dulcimers. In addition to giving many of them to family members, they sold many others and gave the proceeds to Shriner’s Hospital to help care for the medical needs of children. One of Bill’s dulcimers is featured in the Appalachian Music Exhibit at the Smithsonian Museum. He was an active craftsman at the Rooster Woodshop at Masonic Village, enjoyed being outdoors, camping, and hiking. He always enjoyed a good pun and always kept active. He was a generous philanthropist, devoted husband, and committed Christian.

He is survived by five daughters, Linda L. Carroll of Orchard Park, NY, Karen S. Stephens of Charlottesville, VA, Dr. Sharon Hendrix, wife of Dr. Wayne Hendrix, of Bowling Green, KY, Sunny S. Stephens of Santa Monica, CA, and Kim L., wife of David A. Chandler, of Richmond, VA; 12 grandchildren; and 10 great grandchildren. In addition to his parents and wife, he was preceded in death by a brother, Robert Woodward Stephens.

If desired, contributions may be made in his memory to Masonic Village Hospice, One Masonic Drive, Elizabethtown, PA 17022 or Shriners Hospitals for Children, 2900 Rocky Point Drive, Tampa, FL 33607.

Share Your Memory of
William
Upload Your Memory View All Memories
Be the first to upload a memory!
Share A Memory