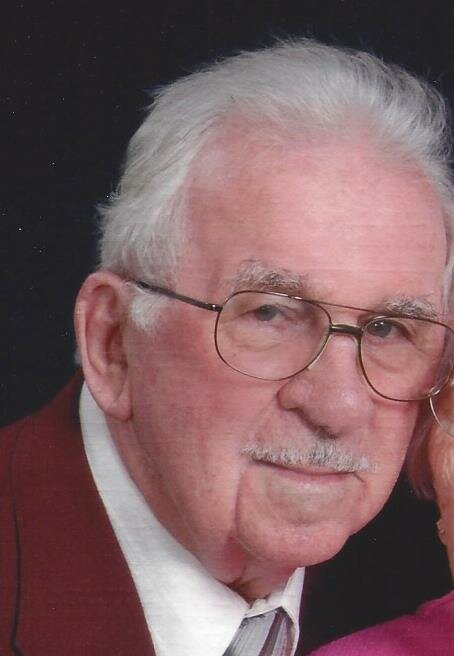 A livestream of the service may be accessed by searching: YouTube Ruhl's Church

Elvin G. Snavely, 94, of Manheim, PA, went home to be with his Lord and Savior on Saturday afternoon, September 10, 2022 at Pleasant View Retirement Community with his family by his side.  Born in Rapho Twp., he was the son of the late John O. and Laura Good Snavely.  He was the husband of Betty J. Shenk Snavely for 69 years prior to her passing in April 2021.

Elvin was a longtime member of Ruhl's United Methodist Church where he was known as the church historian.  During the Korean War, he served in the United States Army with the Sea Bees.  Following his military duty, he made a career as a heavy equipment operator.  In his younger years, he was employed by PennDOT for 10 years and retired from Rohrer's Quarry where he worked for many years.

Elvin enjoyed bowling and was a member of two bowling leagues at Cain's Lanes in Manheim.  He traveled throughout the United States participating in national bowling tournaments.  He also enjoyed playing softball for his church team and in the senior league and was a committed Phillies fan.  Elvin also enjoyed hunting season, both as a hunter and cook at Safety First hunting camp.

He is survived by four children, Dolores E. "Dolly", wife of Dennis J. "Denny" Bowerman, Douglas R., husband of Deborah Hoffer Snavely, and Dennis J., husband of Beverly A. Nauman Snavely, all of Manheim, and Debbie J., wife of Larry Horst, of Denver, PA; 13 grandchildren; and 19 great grandchildren.  He was also preceded in death by two grandchildren, Matthew Bowerman and Lindsey Horst; and a brother, Elam Snavely, and an infant sister, Frances Snavely.

A funeral service will be held on Saturday morning, September 17, 2022 at 11:00 AM at Ruhl's United Methodist Church, 4810 Elizabethtown Road, Manheim, PA 17545.  Interment will follow in the adjoining cemetery.  The family will receive guests at the church during a public viewing on Saturday morning from 10:00 AM until the time of the service.  If desired, contributions may be made to Ruhl's United Methodist Church.  A livestream of the funeral can be accessed by searching YouTube Ruhl’s Church.  To express a condolence with the family or for additional information, visit www.spencefuneralservices.com

Share Your Memory of
Elvin
Upload Your Memory View All Memories
Be the first to upload a memory!
Share A Memory