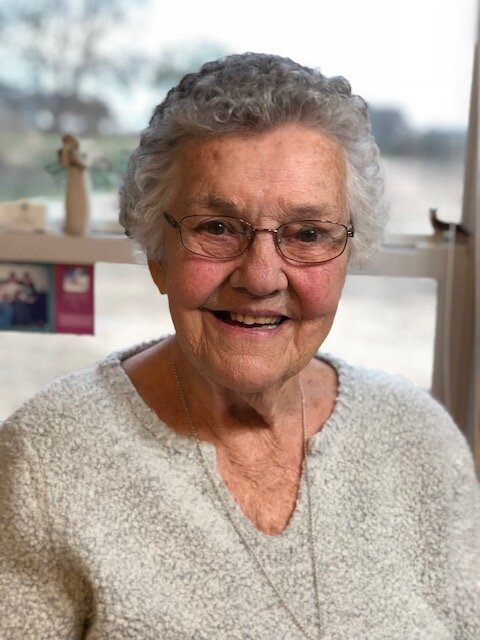 Donna J. Brown, 93, formerly of Bird-In-Hand, went home to her Heavenly Father on Wednesday afternoon, November 30, 2022 at Fairmount Homes in Ephrata. Born in Mansfield, PA, she was the daughter of the late Daniel and Arbutus Laing Jaquish. She was the loving wife of the late Rhine S. “Brownie” Brown, who went to be his Lord and Savior on May 3, 2005.

Donna always had a huge love of horses since her earlier years growing up on the family farm. Donna attended The Worship Center in Leola for 15 years. She and her husband together shared the gift of delivering Meals on Wheels and visiting others, which became their most noted ministry. She continued to visit shut-ins after Brownie passed. Prior to retiring in 1986, she was employed as an assembler at the former RCA Plant in Lancaster for 30 years. Donna and Brownie traveled throughout the USA and took a special trip to the Holy Lands. Donna enjoyed being physically active by working in her yard, walking and engaging in physical fitness exercise several times a week. She [and Brownie] had a very special companion, Zaak, a black Labrador Retriever.

She is survived by two daughters, Christine, wife of John Chapman, of Lititz and Barbara, wife of Michael Linetty, of Bird-in-Hand; a son, Gary, of Ephrata, and daughter-in-law, Peg Brown; six grandchildren, Sarah (Barr), wife of Huascar Cruz, of Annandale, NJ, Michael, husband of Naomi Barr, of Temecula, CA, Justin Brown, of Orlando, FL, Nathan Brown, of Ephrata, Rachel Linetty, of Lititz and Shane, husband of Jackie (Sahd), of Lancaster; eight great-grandchildren, and one on the way; and one sister, Pricilla Stopher, of Anoke, WI. In addition to her husband, she was preceded in death by a son-in-law, Melvin Wink, husband of Christine, seven brothers and five sisters.

There will be no viewing. The family will hold a private service. To express a condolence with the family or for additional information, visit www.spencefuneralsevices.com.

Share Your Memory of
Donna
Upload Your Memory View All Memories
Be the first to upload a memory!
Share A Memory