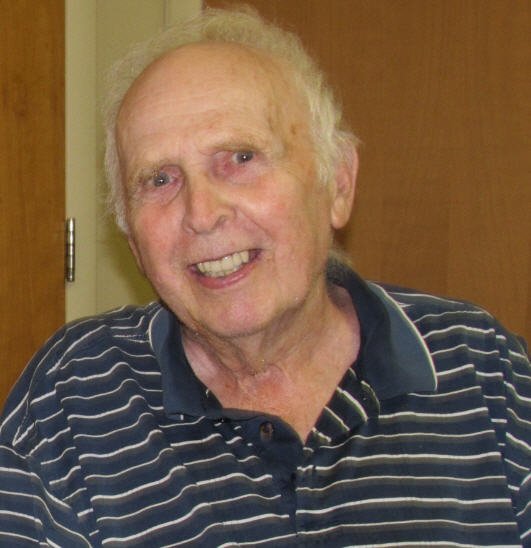 Victor E. Hershey, 91, formerly of Annville, Manheim, and Paradise, PA, entered his eternal rest on Thursday morning, April 4, 2019 at Mount Hope Nazarene Retirement Community in Manheim. Born in Paradise Township, Lancaster County, he was the son of the late D. Warren and Celeste Denlinger Hershey. He was the husband of the late E. Rosalin Weaver who passed away in 2007.

Victor was a member of Trinity Evangelical Congregational Church in Manheim. He retired from the Pennsylvania Turnpike Commission where he was employed as a maintenance worker.  Previously, he was employed by the US Postal Service as a mail carrier and as a farm worker on his brother's farm near Paradise.

Anyone knowing Victor knew him to be a sociable person who always enjoyed talking with people. He had a special interest for local history and enjoyed telling stories about the Nickle Mines area and the many characters who lived on the hill during the early parts of the 20th century.

In addition to his wife and parents, he was preceded in death by his brother, Vincent Hershey and his sister, Aleta Herr. He is survived by his sister Edith Thomas, Oxford Manor Nursing Home, several cousins, nieces and nephews, and many grandnieces and grandnephews.

Services are private. Those interested in attending may contact the funeral home for details. Following the service, internment will take place at the Penryn Cemetery. To express condolence to the family or for additional information, visit www.spencefuneralservices.com.

To send flowers to the family of Victor Hershey, please visit Tribute Store

Share Your Memory of
Victor
Upload Your Memory View All Memories
Be the first to upload a memory!
Share A Memory
Send Flowers