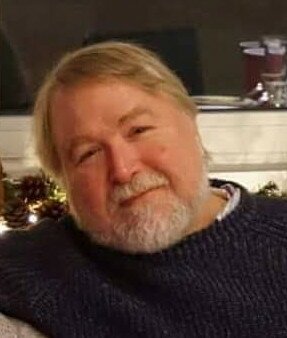 Immediately following the service at the church.

Dirk Shelley, 66, quietly slipped into heaven during sleep on January 4, 2023. After a wearisome journey of multiple health issues that stole away his mobility, energy and dexterity, he finally made it to his place of eternal rest and peace with Jesus.

From a very young age, Dirk loved music, especially piano. He studied at the Lancaster conservatory and continued advanced piano studies even as he became a computer science major at Penn State University. Although he had varied interests, including scouting, hiking, exploring and traveling, and even though he excelled at many things such as chess, earning trophies as a Lancaster Red Rose chess team member, it was music and computers that brought him the deepest satisfaction. Yet, during his years on the Penn State campus he met the greatest love of all - Jesus. He used his piano skills in ministry right away by joining an evangelism band that was under the covering of Campus Crusade for Christ. He traveled across country with them performing and inviting others to come to Christ. He also attended the Institute of Biblical Studies and learned ancient Greek so he could read the New Testament in its original language.

Graduating from Penn State with a computer science degree, he officially began his career as a programmer analyst for Goodville Mutual Casualty company in 1984, the same year he married Kathy. All the while he continued to play piano on worship teams, and eventually, for many years, he became the regular pianist at Christ the King Community Church. Christ the King was his Christian family for over 35 years. Additionally, he played piano professionally for weddings and served as the accompanist for Kathy's senior recital at Elizabethtown College in 1994. His computer career also took him to many places. He worked as a software engineer for a few big companies such as Ebay and UPS, small consulting firms such as Wolf Advisory and Paragon, but found his final position at Herr Food's to be the place that brought him the most joy. He was a dedicated and loyal man, going to work daily, pushing through his pain over these difficult months, to support his company team and his family.

He is survived by his wife of 37 years, Kathy; three sons: Joshua (Kiera), Philadelphia; Jonathan, Drumore; Jordan (Emily), Florida; and his brother, Keith.

Please join the family for a celebration of life service on Saturday, January 21, 2023 at Christ the King Community Church, 2449 Marietta Avenue, Lancaster PA 17601. There will be a family visitation time beginning at 10:00 AM, and a service at 11:00 AM, followed by a luncheon. In lieu of flowers, contrinbutions in memory of Dirk may be made to Compassion International, 12290 Voyager Parkway, Colorado Springs, CO 80921.

Share Your Memory of
Dirk
Upload Your Memory View All Memories
Be the first to upload a memory!
Share A Memory